Our experts will reply you very soon.

The Complete Overview Of The Pyrolysis Plant 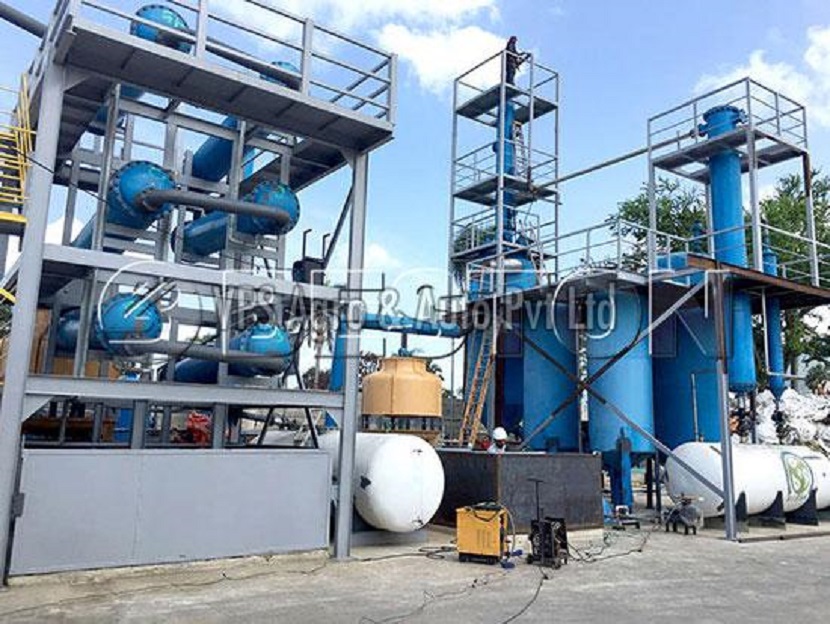 
How does the pyrolysis plant work?


What are the Advantages of the Pyrolysis plant?

The key benefits of pyrolysis comprise the following:

It is a simple, economical technology for treating a wide variety of feedstocks.

It decreases waste going to landfills and greenhouse gas emissions.

It shrinks the risk of water pollution.

It has the prospective to reduce the country’s dependence on imported energy resources by making energy from domestic resources.

Waste management with the benefit of modern pyrolysis technology is more reasonable than disposal in landfills.

The creation of a pyrolysis power plant is a relatively fast process.

It makes numerous new jobs for low-income people based on the quantities of waste generated in the region, which in turn delivers public health benefits through waste cleanup.

Some of the major applications of pyrolysis comprise the following:

It is extensively used in the chemical industry to produce methanol, activated carbon, charcoal and other substances from wood.

Synthetic gas produced from the alteration of waste using pyrolysis can be used in gas or steam turbines for producing electricity.

A mixture of stone, soil, ceramics, and glass acquired from pyrolytic waste can be used as a construction material - construction slag or for filling landfill cover liners.

It plays a main role in carbon-14 dating and mass spectrometry.

It is also used for numerous cooking procedures like caramelizing, grilling, frying, and baking.


How to do the maintenance of the Pyrolysis plants

The transmission system of rotating processor:

Check the lubricating oil surface inside the reducer frequently, and add lube in time. Check the comprising impurities of the oil and timely replace the oil. Check the engaging condition of the gear, and later if there is any bad condition.

Check the oil level of the idler box, and add oil in regularly. Jacked the pyrolysis reactor up if it needs to substitute idler or bearing. The jack should be flat and functioned wisely.

The oil gas outlet that attaches fittings should be checked frequently. Use a wrench to close-fitting the seal of the outlet if there is a little gas leaking. Open the seal of the gas opening if the graphite packing necessities to change when it is not in the pyrolysis process.


Inside the cavity of the rotating processor

This entry was posted on June, 01, 2022 at 15 : 31 pm and is filed under Pyrolysis Plant. You can follow any responses to this entry through the RSS 2.0 feed. You can leave a response from your own site.